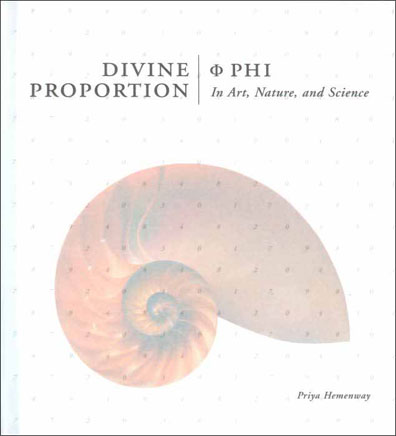 Phi In Art, Nature, and Science

Beginning with calculations found on clay tablets in ancient Babylon, the story of Divine Proportion can be traced alongside the history of numbers to the fractals of the digital age. As its many forms unfold we uncover the Golden Rectangle in the Parthenon, Golden Spirals in the human inner ear, a Golden Angle in the petal patterns of a rose, and the Fibonacci numbers in lilies, daisies, pineapples, and in our own DNA.

With its natural balance and elegant beauty, the Divine Proportion is a perpetual reminder that our hope for regeneration and continuity lies in realizing the meaningful and harmonious relationship of all the parts to the whole.

Ask for this book at your local bookstore or find it at Amazon.